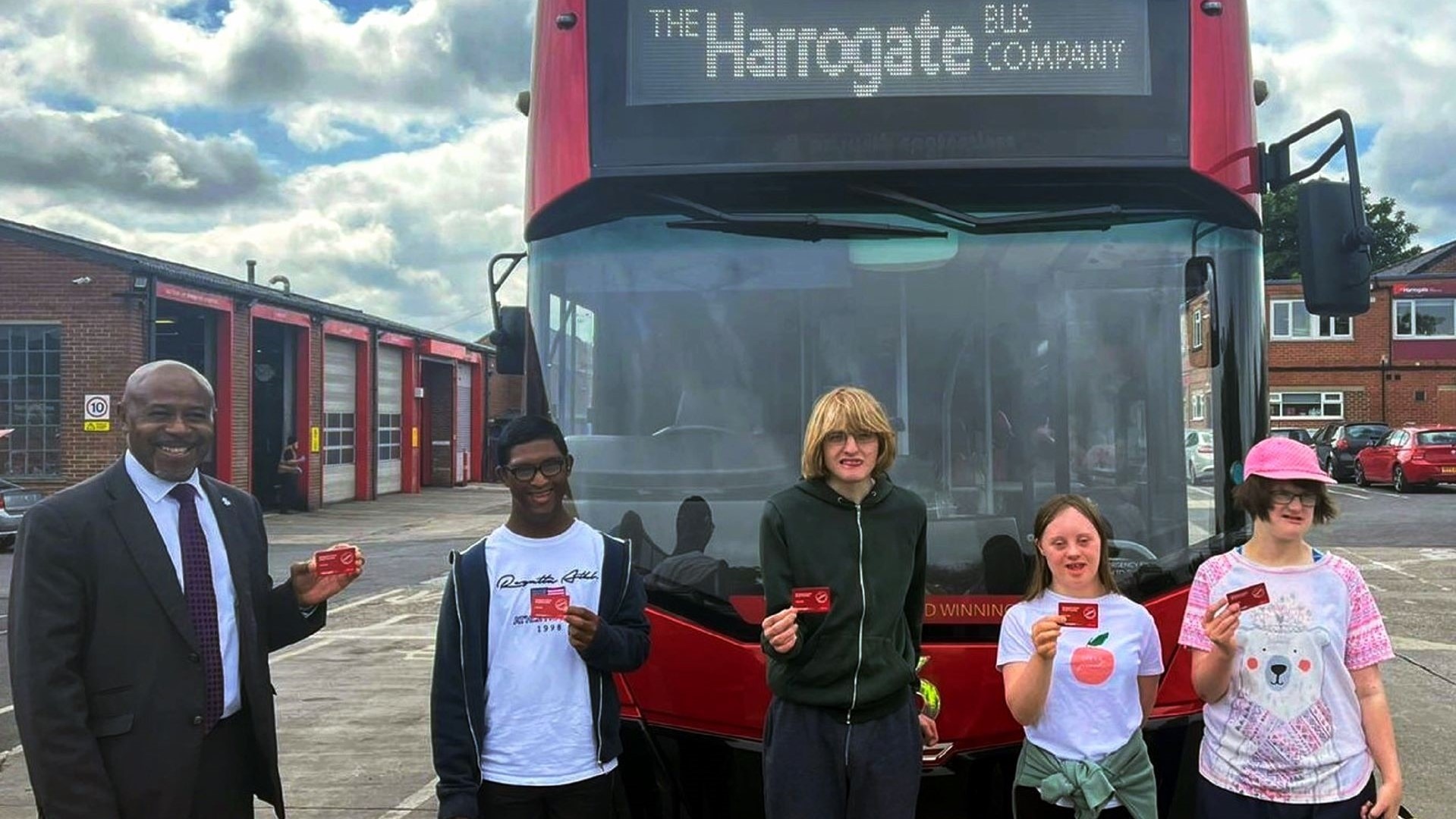 A futuristic all-electric bus featuring the latest zero emission transport technology has completed trials in North Yorkshire by bus operator Transdev – in a first for the UK.

The Mercedes-Benz E-Citaro bus was brought in for the trials with Transdev subsidiary The Harrogate Bus Company just days after an ambitious bid to convert its entire fleet to zero-emission electric power took an important step forward, after the Government invited North Yorkshire County Council to bid for more than £8 million to finance the ground-breaking project.

The week-long trials have taken place on The Harrogate Bus Company’s popular route 1 linking Harrogate and Knaresborough and follow experience gained with two alternative electric single deck buses. A Chinese built Yutong E10 was tested in February of this year, while a third electric bus built in Britain by Alexander Dennis in partnership with the Chinese firm BYD, was trialled on the same route in October 2020.

The silver E-Citaro trial bus tested in Harrogate is powered by high-performance water-cooled batteries which use up-to-the-minute technology to extend running time between charges and keep the bus on the road. The bus is almost silent in operation and produces no tail pipe emissions.

Transdev is looking to build on its positive experience of running electric buses, after it became the first operator in Britain to introduce eight ‘opportunity charged’, pioneering ‘Harrogate Electrics’ buses in 2018. At that time, it became the only bus operator in Yorkshire to win funding of £2.25 million from the Government to create Britain’s first Low Emission Bus Town.

Transdev CEO Alex Hornby said: “This exciting trial of the Mercedes-Benz E-Citaro marks the first time this new design has been tested in service in the UK, reflecting our ambition to deliver a zero-emission, high quality product for our customers across Harrogate and beyond.

“This is the third stage of our comparative trials of electric bus designs on one of our most popular routes, which will help us to make informed choices between options to invest in electric power. We’ve also invited our customers who experienced this new bus in service with us to let us know what they think of it – we’ve already had a positive reaction and we’re keen to hear more, as our customers’ views are vitally important to us.

“We hope that alongside North Yorkshire County Council’s bid for Government support, our own multi-million-pound investment will turn our vision of a completely zero-emission bus network powered by a fully electric bus fleet into reality.”

Following an expression of interest to the Department for Transport (DfT) Zero Emissions Bus Regional Area (ZEBRA) scheme, the county council has been invited to submit a business case to support its bid for funding.

If the bid succeeds, the council will work in partnership with Transdev to introduce 39 zero emission electric buses based in Harrogate over the next three years at a cost of £20 million, with £11.5 million being invested directly by Transdev.

Twenty single deck and 19 double deck buses would be introduced, along with supporting charging infrastructure, on routes across Harrogate and beyond including the high-profile 36 linking the town with Leeds and Ripon, building on rises of more than 21 per cent in customer numbers in the last few years.

The county council’s bid for funds must be submitted by the end of January 2022, with a decision from the DfT expected by March 2022.

Our @WNYChamber member @UnthaUK have pledged that by 2025, all of their fleet will be made up of electronic vehicles, or lower carbon alternatives!

Find out more and make your own pledge over on our website: http://bit.ly/3lpRday

Raising the Bar exists to encourage organisations to consider their social impact. Our Chamber connections help us to partner businesses with charities and creates a platform to promote the great work that your business has been doing!

Our @WNYChamber member @DWF_Law, have been awarded a top 30 place in the Working Families list of the top family-friendly employers in the UK!

Read the full story over on our website: http://bit.ly/3nrV0q9

You can find out more about our Make a Pledge campaign, and make your own pledge over on our website: http://bit.ly/3tDkPor

You can read all stories on the RtB website: http://bit.ly/3kVU645