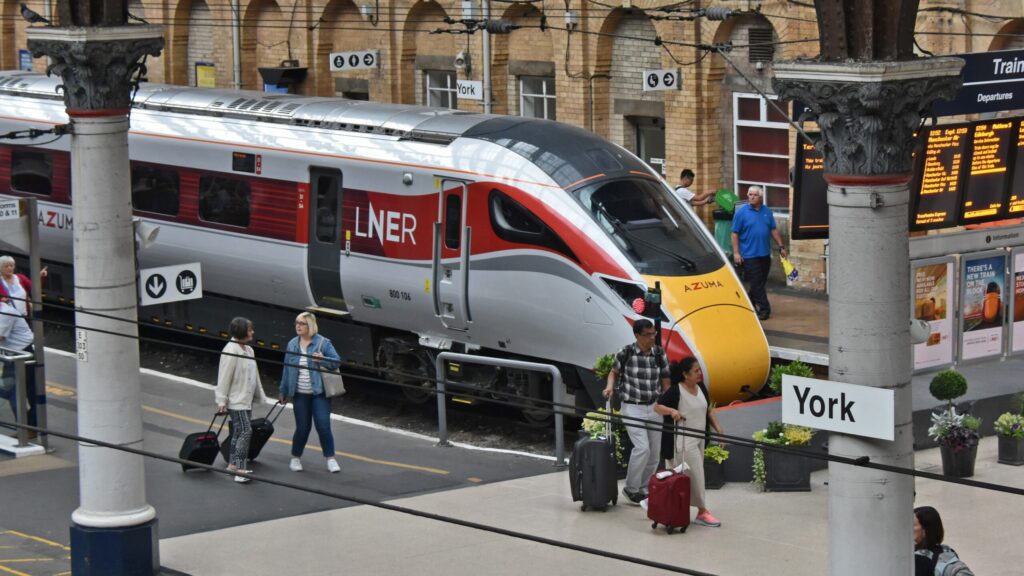 LNER colleagues have now completed more than 5,000 volunteering hours, supporting 12,000 beneficiaries through foodbanks, anti-loneliness initiatives, the NHS, and many more groups. This has delivered a social value of more than £80,000, with this figure continuing to grow day on day.

The efforts of LNER colleagues in recent weeks has also seen LNER pass the £200,000 mark for funds raised for their charity partner, the Campaign Against Living Miserably (CALM). Money raised through fitness and other challenges is combined with Delay Repay contributions from our customers, who have the option to donate their compensation for a delayed service.

This news comes following the 12 month anniversary of the Sunflower lanyard initiative. 12 months ago LNER launched the Sunflower lanyard initiative to provide those who have hidden disabilities with an additional way to indicate to staff that they would like to be offered some help. Since its launch, LNER has given out more than 10,000 lanyards and several other train companies have followed suit, either giving out the lanyards themselves or training staff to recognise the scheme.

About Raising the Bar Editor

View all posts by Raising the Bar Editor →

Chamber member @CanalRiverTrust are looking to work with business to help maintain and improve the network. In turn, they can help engage, inspire and motivate your employees through a unique hands-on team day!

Chamber member @RanceBoothSmith have pledged to hold fundraising social events for their staff, and raise morale and camaraderie in the process!

. @WellspringAT are looking for Governors for academies across North, South & West Yorkshire and welcome volunteers from a variety of backgrounds who can offer skills and experience in Safeguarding, Health & Safety, IT and Finance.

☕💜 Get together with friends, family or colleagues for a brew and a natter on Wednesday 21st April and raise funds for Children’s Heart Surgery Fund to ensure we can keep supporting hearts in our region, for life.